Sorensen Civil was assigned as principal contractor for the Ardmore Waste Water Treatment Plant. This project and outfall pipeline was imperative for the Ardmore community in order to maintain the local beaches’ blue flag status.

Foyle & Marine constructed and installed the 160M of the shore section first, thus creating the ideal location for the shore marine connection within the tidal range.

The 550M marine section including 150No of anchor block was constructed along the shoreline in two sections as the marine trench was being excavated. Over two tides the marine sections were floated off the beach, connected to the shore section and lowered into the pre-dredged trench in a controlled manner. On completed installation, the diffuser was installed and scour protection placed around the diffuser. The completed pipe alignment underwent a detailed dive survey prior to being backfilled with existing material.

The treatment plant was successfully commissioned later that year. 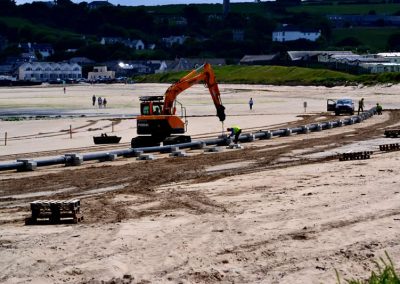 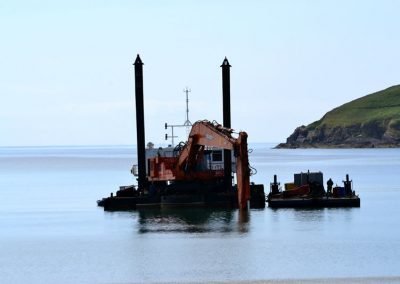 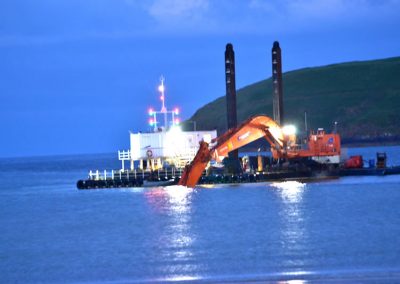 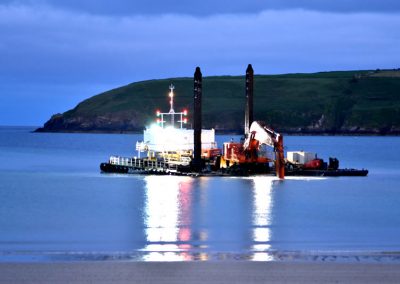 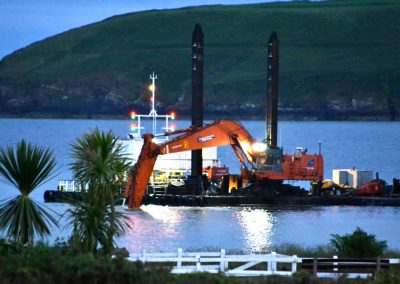 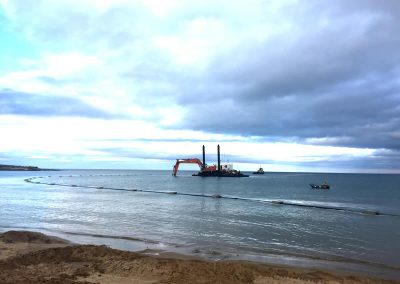 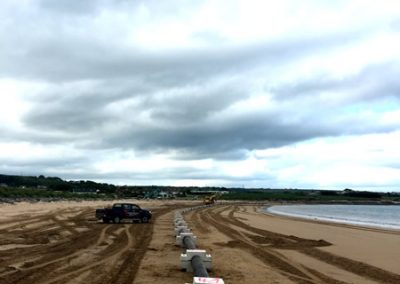 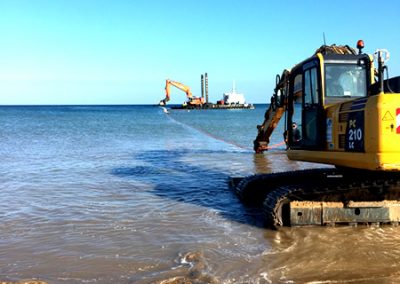 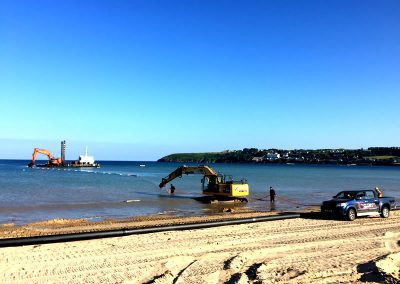 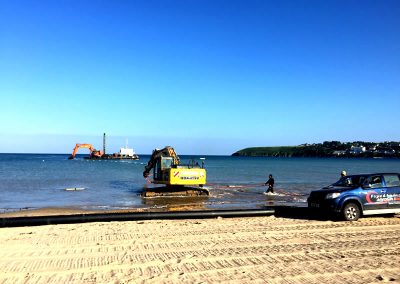 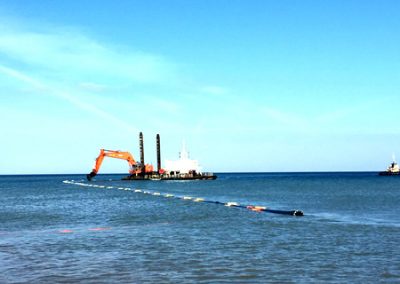 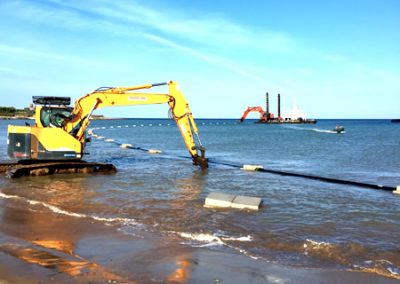 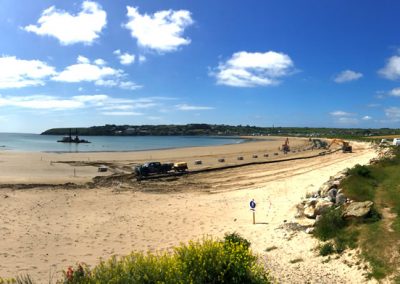 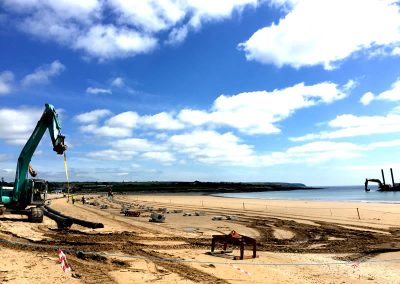 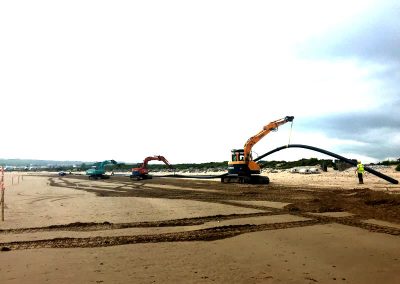